If you want to play competitive games and put your skills to the test, or even compete in tournaments at the highest level, you absolutely need a gaming PC that matches your requirements and budget. At CCL we have extensive experience in the pro gaming industry, working alongside Esports athletes and designing rigs that are capable of dominating the competition. We understand the needs of the pro gamer, and the gamer who wants to go pro. This guide will help you decide what kind of system you need - whatever level you are in Esports. 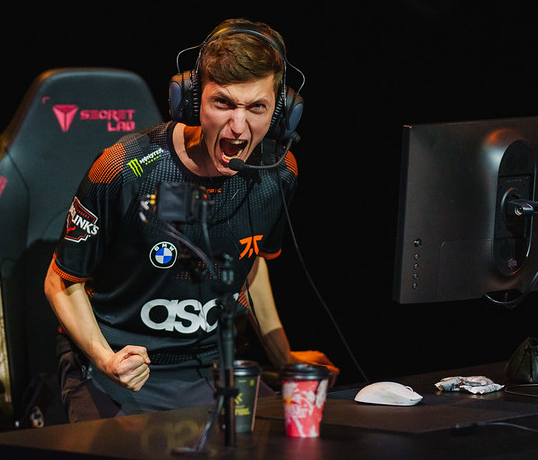 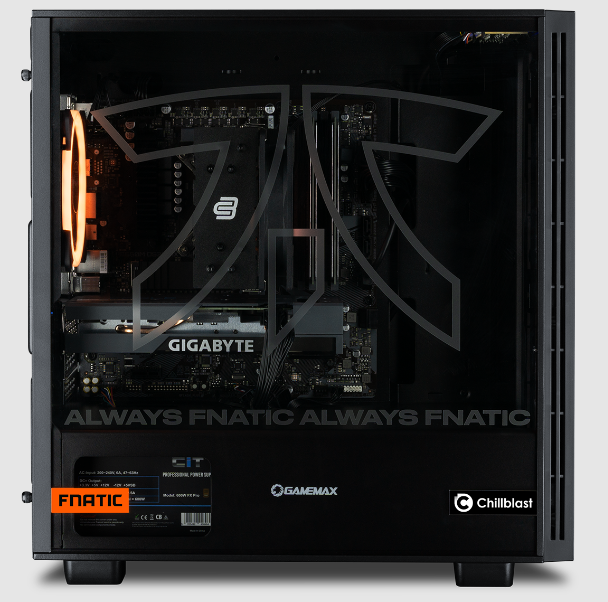 What PC do pro gamers use?

Whether you are just starting out in Esports and competitive gaming, or you wish to take your gaming to the highest possible level, you need a specification that has been designed by expert PC engineers and pro gamers.

Chillblast is the UK's most awarded PC retailer, and their partnership with Esports champions, Fnatic, means any gamer who aspires to be a contender in competitive gaming now has a range of PCs designed specifically for them.

The Chillblast x Fnatic range of PCs are a collaboration of PC experts and Esports athletes for the best performance in games such as League of Legends, DOTA 2, CS:GO, VALORANT and other competitive titles. Regardless of the game, the specifications exceed the needs of the most demanding player, with pro level framerates and the highest possible graphics quality no matter how much action is taking place on screen.

What is the best Esports PC specification?

The Chillblast Fnatic Champion PC specification defines the very best specification for competitive play. Designed to offer superior performance in modern Esport titles such as CS:GO, VALORANT, League of Legends, and DOTA 2, and also equipped for the latest AAA games and everything in between.

The needs of a competitive gamer are many. Not only do you need a PC that can play games fast and smooth, but you also need a specification that meets your needs in building your career. Perfect for streaming gameplay, recording footage and editing 4K footage, the specification is designed for the pro gamer, and defines the meaning of The Choice of Champions.

The Chillblast Fnatic Champion PC is the very same gaming battlestation used by Fnatic during training, bootcamps and when competing in International competition. 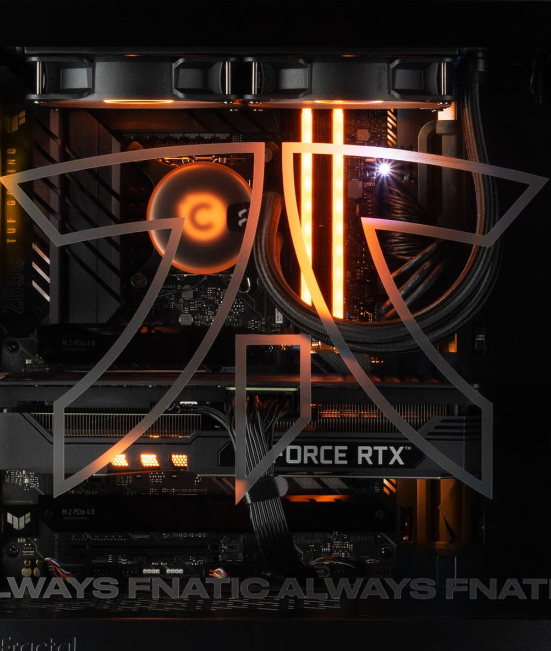 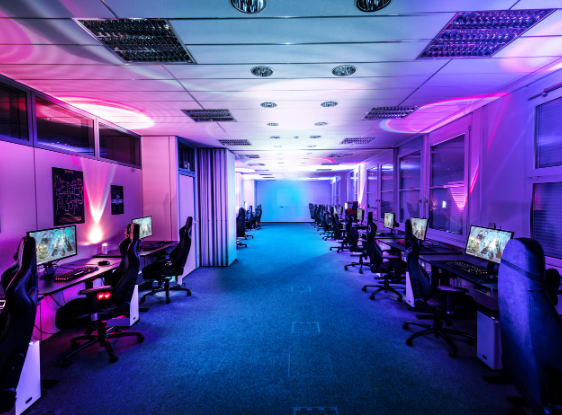 What PC do I need for LAN gaming?

LAN gaming is virtually no different in terms of specification from a practice & training PC for a pro gamer. The only difference you will see is the specification of the motherboard.

LAN gaming requires a fast Ethernet connection, and will often have a WiFi 6 802.11ax feature that is used during setup. The Ethernet connection should be capable of speeds up to 2.5 Gbps, and many LAN tournaments will provide this information ahead of the competition to ensure your specification meets the requirements.

Which monitor is best for Esports?

To achieve the pro gaming standard of 240 FPS, you will need a monitor that has a minimum 240Hz refresh rate. The contrast ratio, response time and overall clarity of the screen should be considered, also, to deliver the very best performance during competitive gameplay.

The BenQ Zowie range of monitors are the most popular among pro Esports players, according to ProSettings.net, as they are designed to perform at the highest level. With high refresh rates of 144Hz - 240Hz, 1ms response times, TN panels and 320cd/m2 Brightness for ultra clarity, BenQ Zowie are perfect for any level of pro gaming. 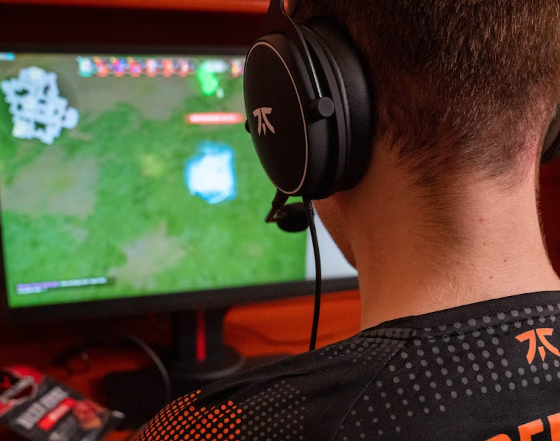 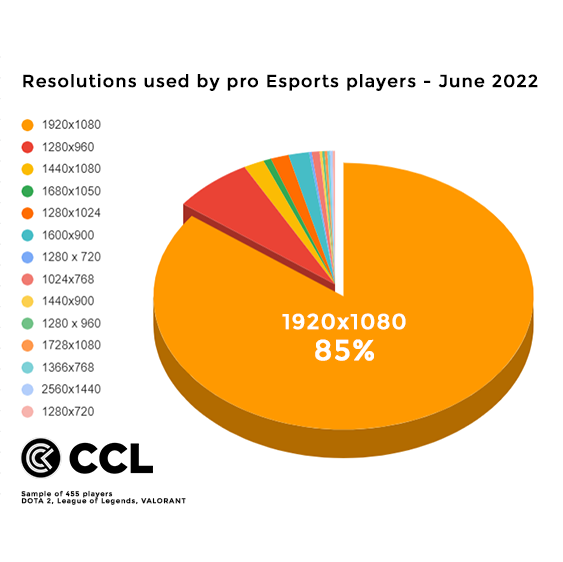 What is the best resolution for pro gaming?

Pro gamers play at 1080p resolution. Although 1440p and 4K gaming is very popular, at a pro level, you will rarely see athletes playing at anything above 1080p (1920x1080 resolution), primarily because graphics cards and processors are able to consistently deliver high framerates of 240 FPS or more at 1080p resolution. We took a sample of 455 pro Esports players in VALORANT, DOTA 2 and League of Legends, using data from ProSettings.net, and found that 85% choose 1920x1080 as their resolution (see image left).

Although modern gaming systems like the Chillblast Fnatic Champion PC can obviously deliver much higher resolutions, 1080p is used predominantly in tournaments and LANs on standardised equipment. It makes the most sense for pro gamers to practice and play at this resolution, as this is what they will be playing at in a competitive scenario.

Do I need RTX for competitive gaming?

Whilst RTX (Ray Tracing) is not generally used in competitions and tournaments, the performance level of RTX graphics cards is. modern cards such as the RTX 3070 Ti 8GB offers extremely fast processing power and delivers competitive-level framerates. The Ray Tracing and DLSS features are a secondary feature that would normally be used in downtime and recreational gaming. 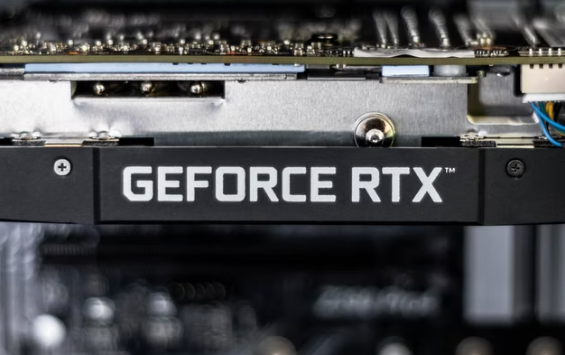 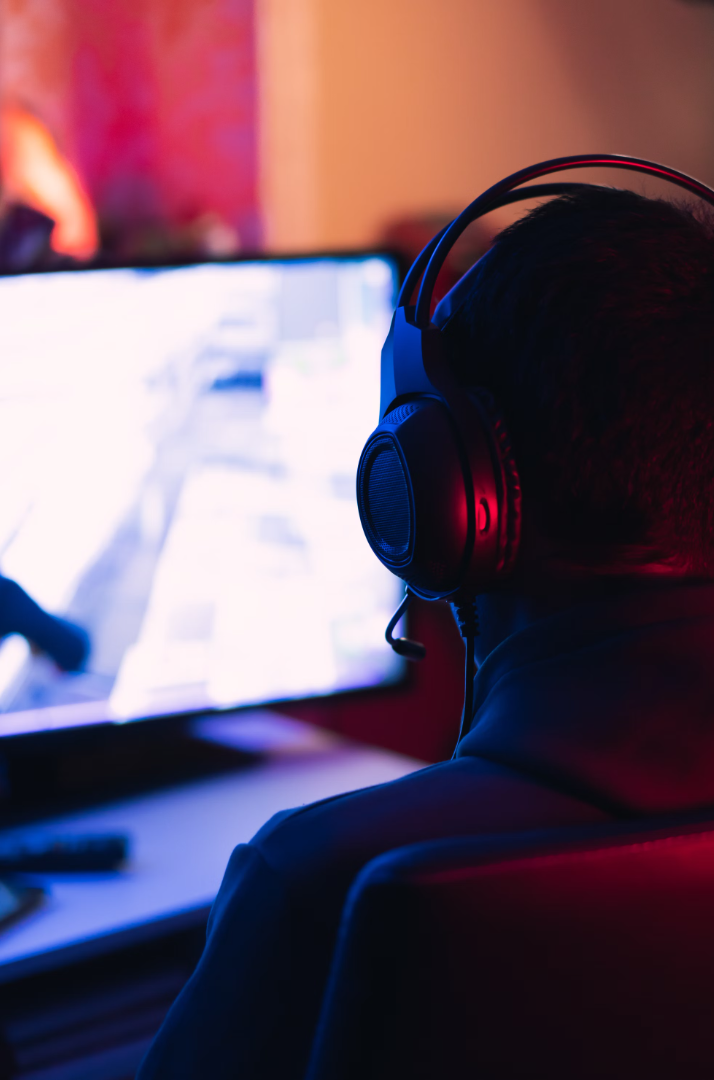 What is the best framerate (FPS) for Esports?

The framerate in competitive gaming is directly linked to the graphics card, processor and monitor you use for Esports titles. A high framerate means the best possible response times during gameplay, and at the highest level of competitive gaming, reaction times are critical for victory. Framerates are defined as the number of images delivered to a display per second, and though finer details such as shadows and lighting can often be ignored, the movement and perceptibility of an opponent is absolutely paramount for Esports athletes.

The ideal framerate for gamers in competitive play is 144 FPS, which means the minimum of a 144Hz refresh rate monitor is required, with a 1ms (millisecond) response time. Most Esports players will play at much higher framerates than this, however. Pro gamers will usually play at 240 FPS or higher.

Though framerates above 60 FPS are contentious, with many experts saying higher framerates than this provide diminishing returns, most pro players will try to achieve the highest possible FPS in their games. The reason for this is the smooth visuals and motion displayed on screen, which in turn affect reaction times at pro levels.

The science behind it: The brain processes clear, fast, and smooth motion much easier (rarely on a conscious level), and delivers faster reaction times according to the information it is fed. A study by the Massachusetts Institute of Technology (MIT) in 2014 found that the human brain can process an image that your eye sees for only 13 milliseconds. This data can then be assessed alongside the fact that because pro gamers practice constantly to improve their reaction times, the brain can be trained to react at incredibly fast speeds. The average FPS gamer has a reaction time between 300-500 milliseconds, whereas professional FPS players reaction times are often between 100-250 milliseconds (source).

How do I become a pro gamer?

Becoming a pro gamer requires you to have the very best equipment, training and mentality to succeed. We have detailed everything you need to know in our two-part series: Esports - How to Go Pro.

Can I upgrade my PC for pro gaming?

Absolutely. Most of the time you will only need to upgrade the core components (motherboard, CPU and RAM), so a motherboard bundle is ideal. To upgrade individual aspects of your hardware configuration, you simply need to ensure they are compatible with your current specification, and choose your new PC components individually.